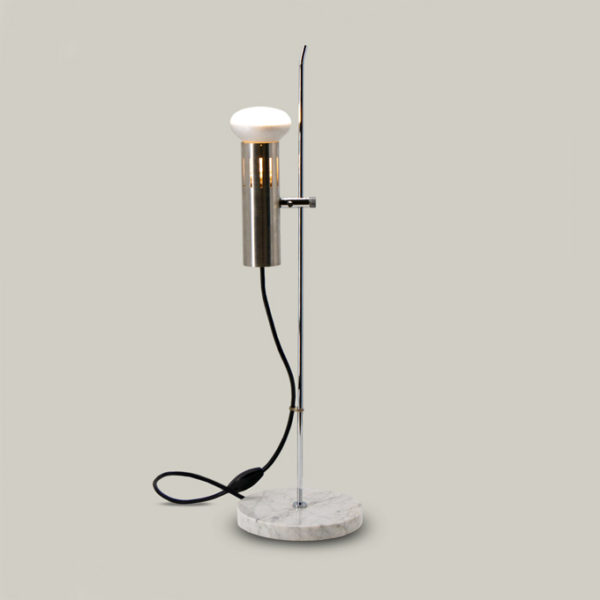 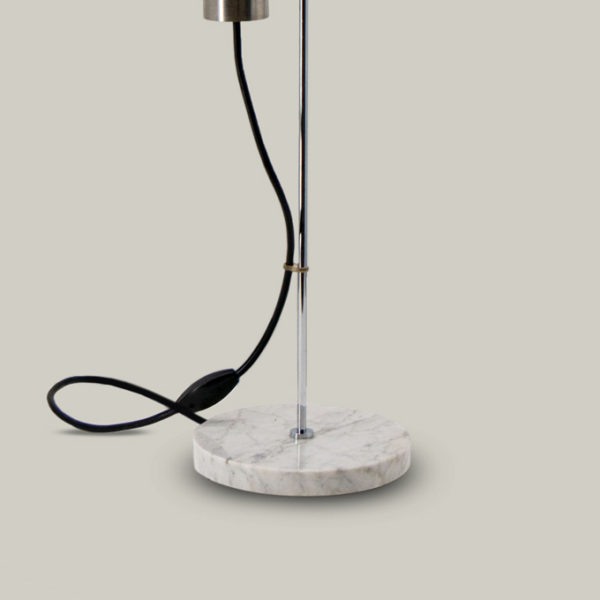 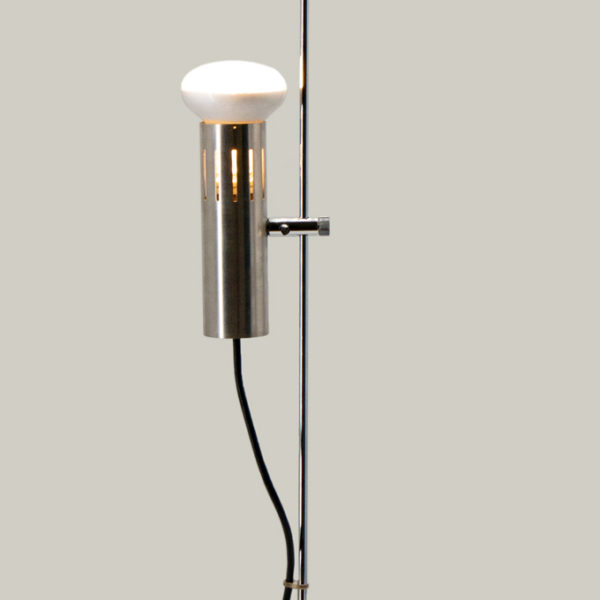 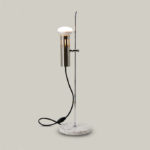 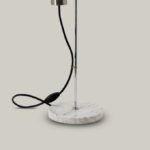 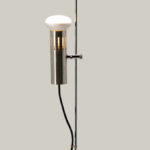 Alain Richard, through the lamps of the A4 series, applies himself to systematize the idea of range, by proposing a number of virtually infinite declinations, by varying the length and the shape of the stem, the number of spots by stem, but also the number of stems by base, the color of the barrel or the material of the base. The model presented here is the A4/L lamp in its white marble version. This version with a 62 cm stem is certainly one of the most elegant of the range.

Alain Richard (1926-2017) is a French designer and interior architect. He graduated at the top of his class from the École Nationale Supérieure des Arts Décoratifs in 1949, then joined the workshop of his former teacher, René Gabriel. His activity with Rene Gabriel was then mainly interior architecture, whether for hotels, stores, housing or offices. During his career, Alain Richard designed numerous lighting fixtures for the publisher Pierre Disderot as well as furniture for various French publishers such as Meubles T.V., Mangau, T.F.M. or Négroni. He also participated in the development of the “Maison de la Tunisie” alongside Charlotte Perriand (1903-1999) and Gino Sarfatti (1912-1985), in the creation of the Isola 2000 ski resort and in the museography of the Etruscan and Greco-Roman rooms of the Louvre.