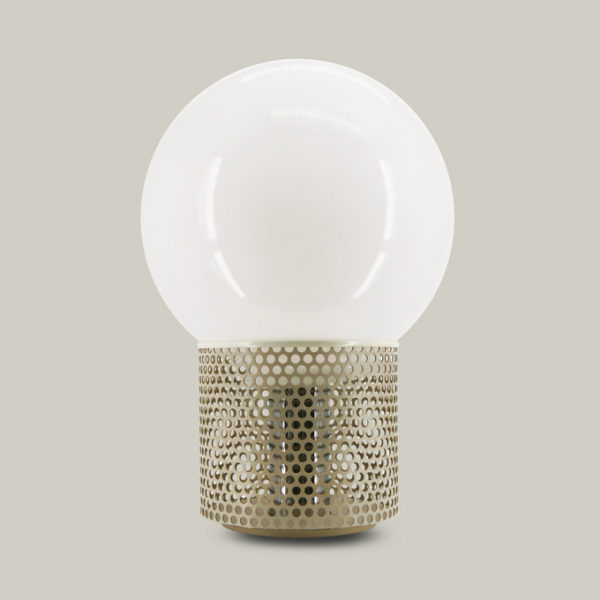 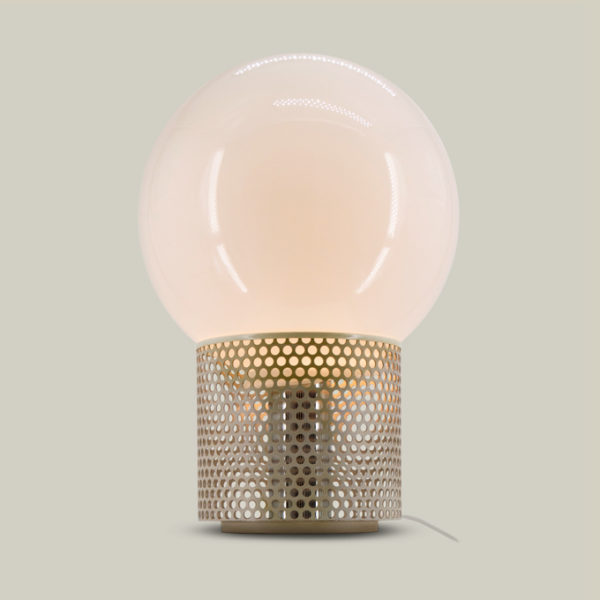 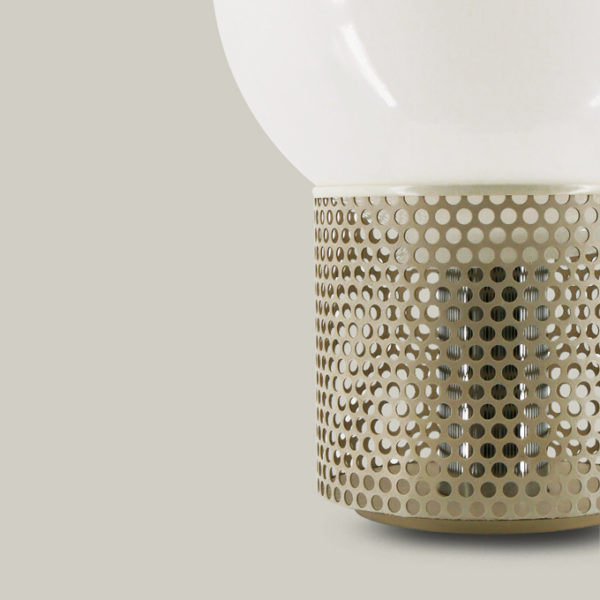 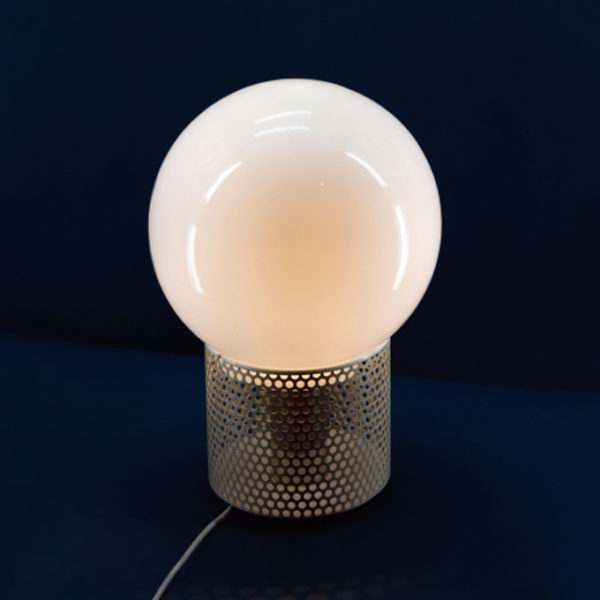 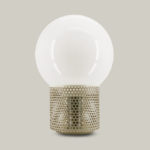 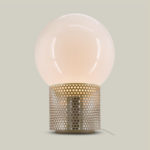 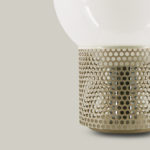 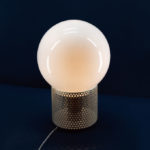 The 10524 lamp is a large and elegant table lamp created by Michel Boyer and edited by Verre Lumière around 1972. The lamp is composed of a perforated metal base on which stands an opaline globe.

Michel Boyer has decorated boutiques for Lanvin, Balmain and Dior. In addition, he counts among his private clients none other than Lilianne Bettencourt, Elie de Rotschild or Karim Aga Khan.

Michel Boyer (1935-2011) studied first at the Ecole des Beaux-Arts in Paris and then at the Ecole Nationale Supérieure des Arts Décoratifs. He then trained with the decorator André Arbus. During his career, he realized mainly headquarters but also embassies such as the French embassy in Brasilia. The interiors and furniture created by Michel Boyer are in the tradition of French classicism while offering a large place to the materials of the 1970s.